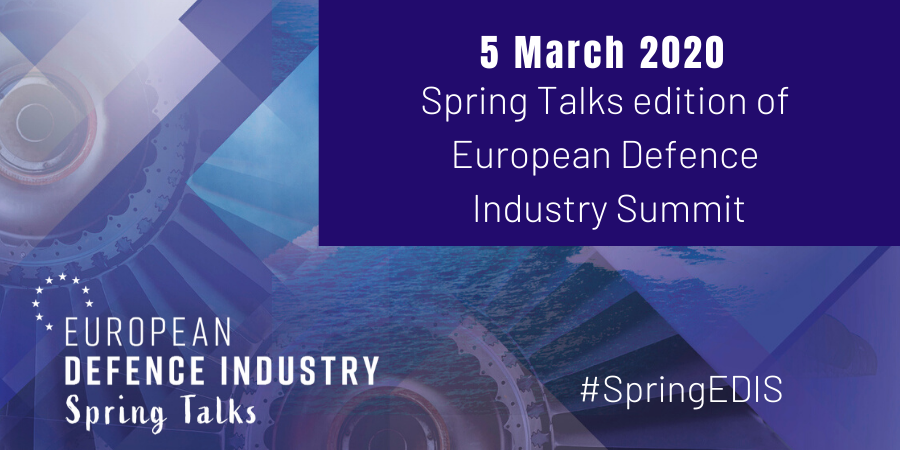 As we are approaching the Spring Talks edition of the European Defence Industry Summit, we wanted to share a little more on the programme and speakers for the event.

Our third and final panel for the day will detail “Transatlantic Defence Industrial Cooperation”. The EU faces a series of choices on how to foster future transatlantic cooperation in defence technologies. Will the EU share industrial arrangements and ensure open and accessible defence and security markets? How can the EU and the US collaborate in standards and certification, and promote the best available technologies – regardless of their origins? Featuring Christina Wilén, Defence Counsellor, Permanent Representation of Sweden to the EU; Gordon B. Davis Jr., Deputy Assistant Secretary General for Defence Investment, NATO; Lukas Mandl, Member of the European Parliament; Rudy Priem, Chair of the AmCham EU Security, Defence & Space Committee; moderated by Bruno Lété, Senior Fellow for Security and Defence, The German Marshall Fund of the United States.

Have you not yet registered? Join us by registering here: http://defencesummit.eu
We hope to see you on 5 March 2020 to the Egmont Palace in Brussels!
#SpringEDIS #EDIS2020 #defence #europeandefence